The Power of Saying No

A purpose as important as financial independence requires complete focus. You must focus on very few things. This focus means that we say yes to only the vital few and NO to the trivial many.

The problem with the driven and highly ambitious people is not their failure to distinguish good from bad or right from wrong, this is very easy for them. The hard thing is distinguishing between the good and the great, between the many good actions that lead to incremental effects on our purpose and a few great decisions and actions that lead to quantum leaps to our purpose. Jim Collins says that good is the enemy of great and many driven and intelligent people spend a lot of time, doing a lot of good stuff while they should be spending that time doing a few great things.

The solution, therefore, is to say NO to almost everything. If it’s not a Hell Yeah!, If it doesn’t absolutely drive you, it must be an affirmative NO. Think of people like Mahatma Gandhi who had to give up very a admirable career in law or Jeff Bezos who gave up an industrious career in wall street or Moses or Gautama who left big palaces to go and find meaning in life.

So it is saying NO to good things that give us an opportunity to say yes to what is truly great. There’s a problem here because saying no goes against societal expectations. It actually goes against who we are because we are wired to connect with people and many times when we say NO to a suggestion from someone, it feels like you’re saying NO to them. We shouldn’t look at things that way, you’re just saying NO to what they have suggested but you can embrace that person.

Saying NO to an opportunity sometimes a big opportunity might lead you to a lot of ridicule and even a lot of self-doubt. But it is in saying no to such things that gives you the opportunity to say YES to the things that matter, and you must be able to accept short term pain of NO to a long term gain of achieving your purpose. To sum it up, only say yes to the big things, one or two very big things and a big thing is the thing that makes everything else irrelevant or very easy to do. 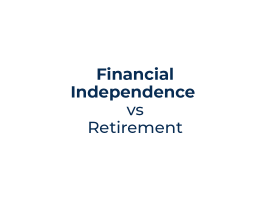